Since fisheries are supported by the health of the local marine ecosystems, it is important to understand the status of these ecosystems, and the risks to their capacity to maintain fisheries and other ecosystem services. An ecosystem threshold analysis was thus conducted to assess the status of this hypothetical nearshore tropical reef fish fishery. Though few fisheries data like catch or effort are available, scientists have been monitoring the reef with SCUBA visual surveys (fish counts) for years. So, the analysis compares the current density of fish in no-fishing areas (number of fish counted in the SCUBA transects per unit area) or marine protected areas (MPAs) to fish density in local fishing zones. Assuming that the observed fish densities are relatively uniform across the habitat, fish density is a proxy for biomass so the ratio of density in the fishing zones to the density in the no-fishing areas is interpreted as the ratio of fished to unfished biomass (Biomass fished: Biomass unfished). To make the comparison as unbiased as possible, areas inside and outside the no-fishing areas are as similar as possible so that the differences can be attributed to fishing and not to habitat quality, pollution, or some other factor.

Based on the analysis of this system, the ecosystem seems relatively healthy, receiving a score of 0.56. A score greater than 0.5 but less than 1.0 indicates that coral cover, fish species richness, and presence of grazers and invertivores are at healthy levels (relatively close to unfished levels), probably resulting in greater resilience to disturbances such as increased fishing pressure and climate change. We suggest that the fishery should be monitored for any changes in the relationship of fished to no-fishing areas; but more importantly individual fish stocks that comprise the multi-species finfish fishery should be assessed with the data-limited framework. 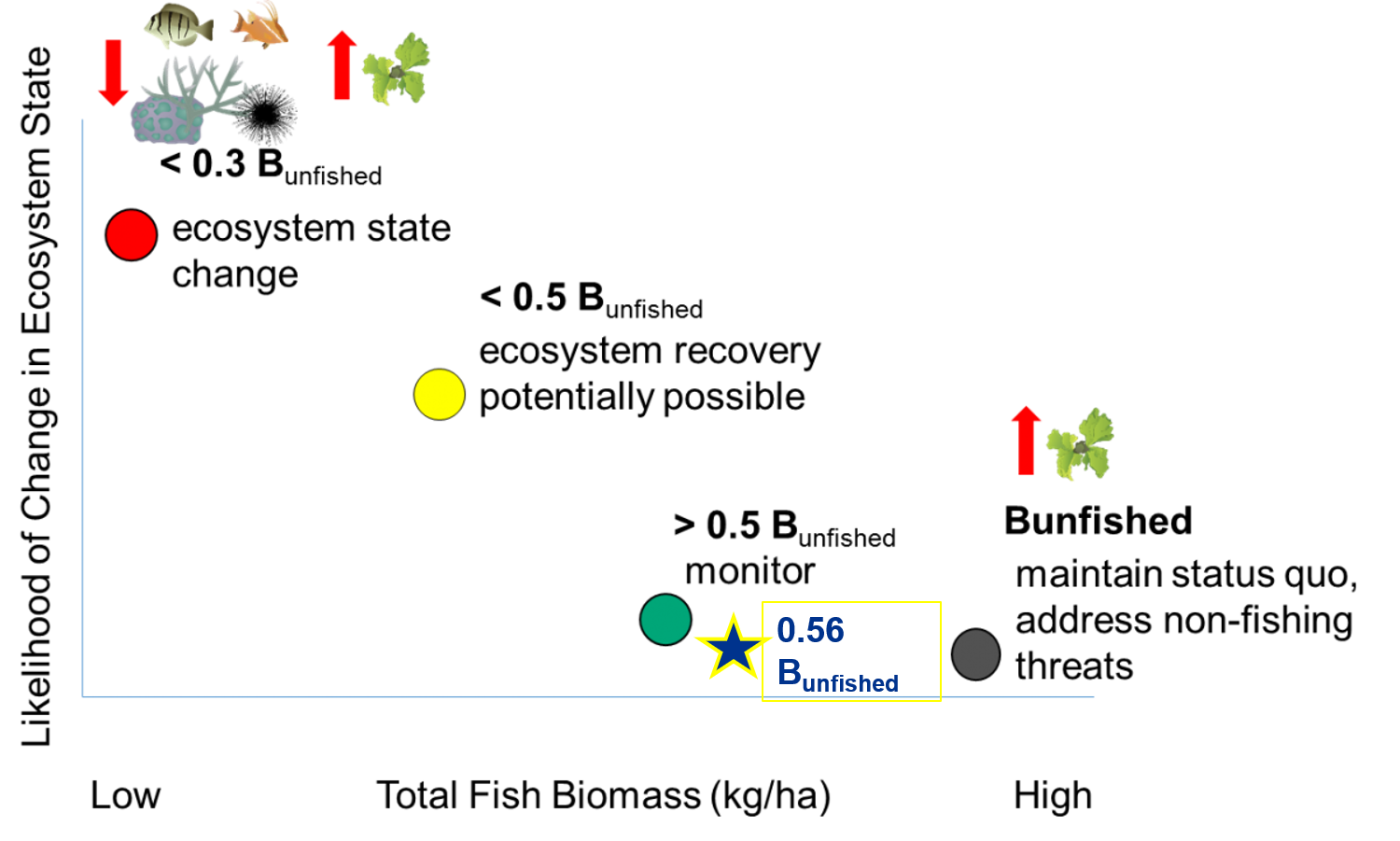